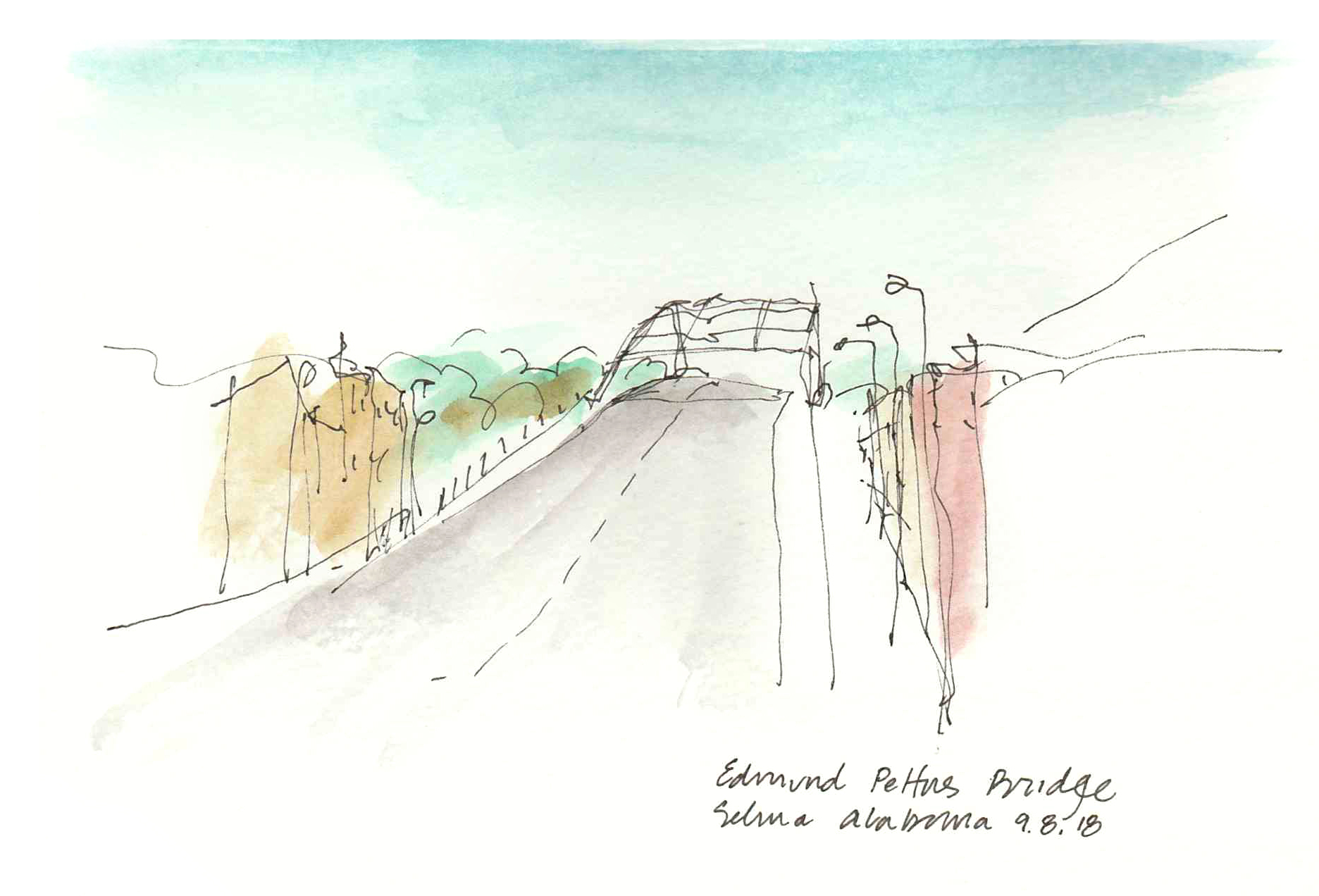 Bridges live in our imagination long before we cross them. As children we shuddered at trolls and sang of “London Bridge falling Down.” As adults we were awed by the Golden Gate Bridge and sang “Bridge Over Troubled Water” by Simon and Garfunkel.

The marchers couldn’t see the police until they reached the crest of the bridge. One of them, now U.S. Congressman John Lewis, recalls “seeing a sea of blue.” When fellow marcher Hosea Williams saw them, he asked Lewis if he knew how to swim. They marched on and met their fate that day.

On March 21, the demonstrators returned to Selma. This time they successfully crossed the bridge and marched on to Montgomery.

It was a turning point in the Civil Rights Movement.