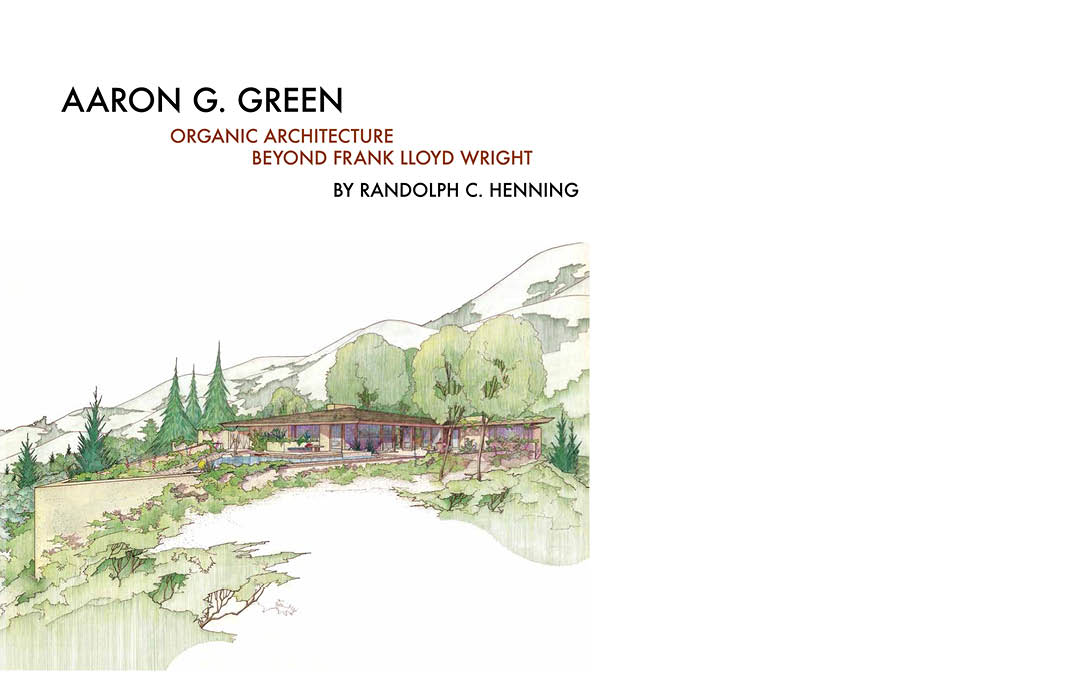 In the early 1940s, Aaron became a member of Frank Lloyd Wright’s apprentice group, the Taliesin Fellowship. Over the next twenty years, he maintained a close relationship with Frank Lloyd Wright, at whose request Aaron established a San Francisco office in 1951, both for his own practice and as Mr. Wright’s West Coast representative. When asked who Aaron was, Wright commented, “Aaron Green is my son.” Green participated in over thirty Frank Lloyd Wright projects and was appointed by Frank Lloyd Wright as associated architect for the Marin County Civic Center. Shortly before his passing, Green was awarded the first gold medal by the Frank Lloyd Wright Foundation in recognition of his career and accomplishments and dedication to organic architecture.

Aaron G. Green: Organic Architecture Beyond Frank Lloyd Wright by Randolph C. Henning is the new must-have book for anyone who loves Organic Architecture. This 448-page biography with over 700 black-and-white and color images, including many previously unpublished drawings from the Aaron Green archives selected and assembled with care, encompasses just a fraction of the work and influence of Aaron’s life. To cover everything in great depth would fill volumes; this monograph showcases thirty-nine projects that encapsulate the essence of his drive – to create beautiful organic architecture true to land, the building, and those who enjoy the spaces he created. Follow the link to get your copy.

From the Wright Society Blog.