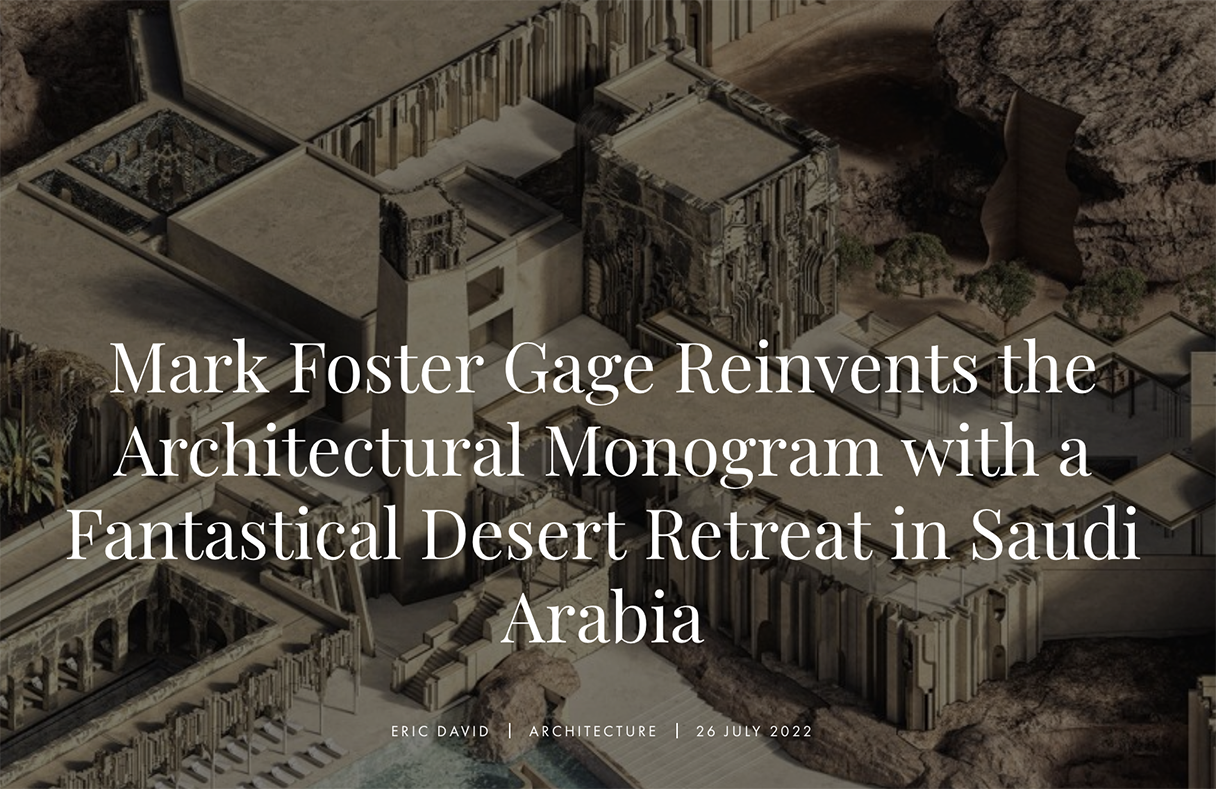 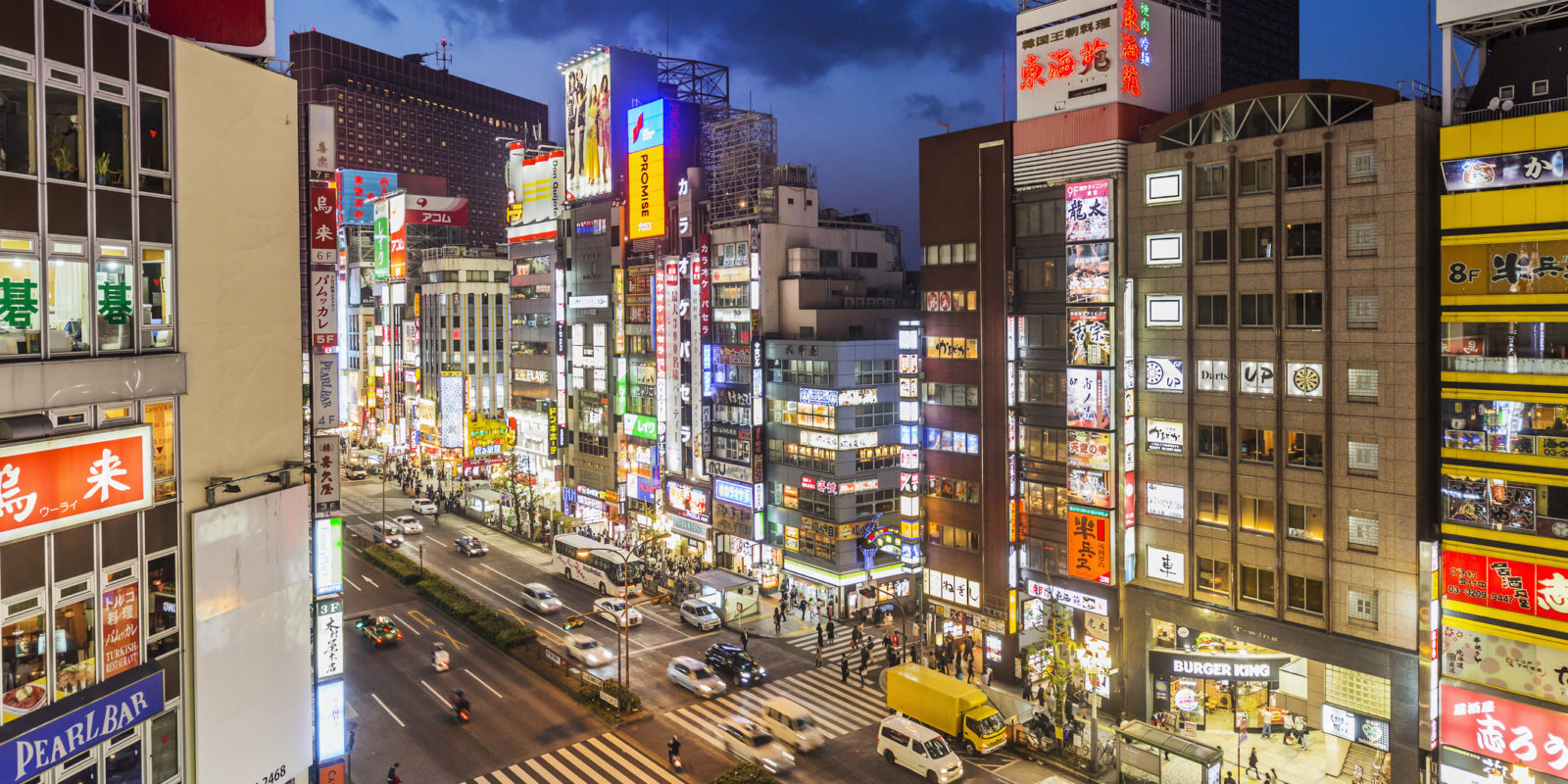 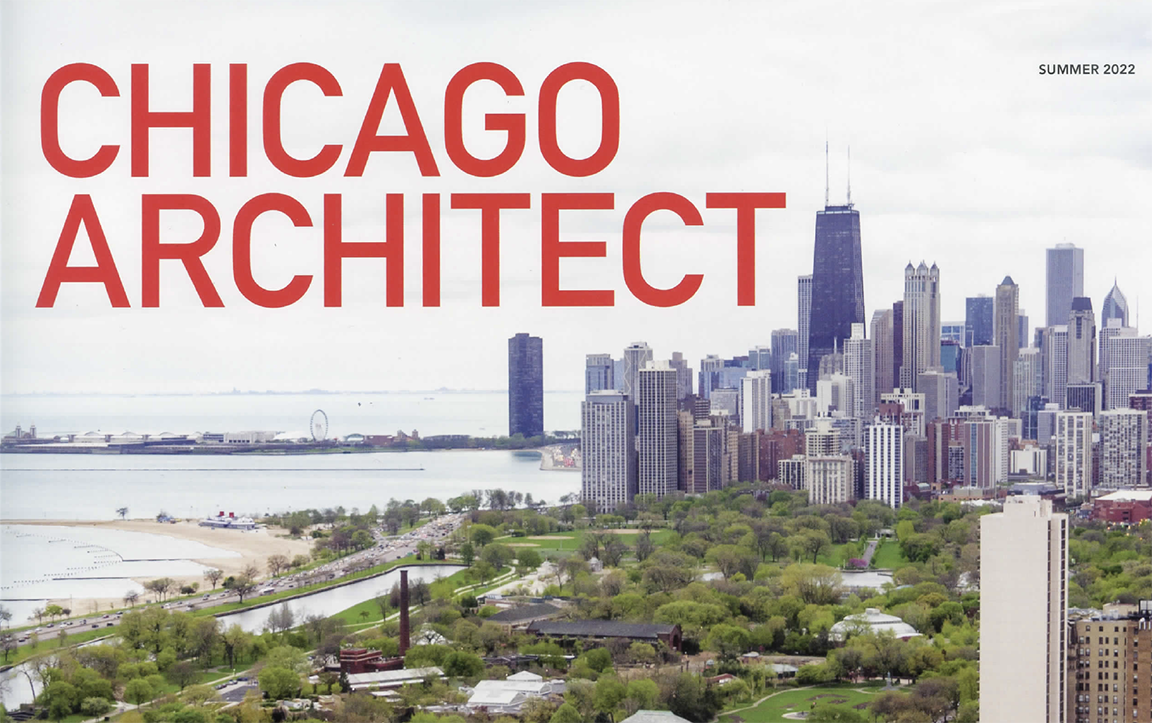 Reading books about architecture is often dull. Like most archi­tects I confess that most of the books I own, I bought for the pictures. Years ago, a teach­ing colleague of mine confessed that reading the architectural (the­ory) journal Oppositions hurt his head. I Love Chicago's Buildings is a fun read. Although it does include ideas about architecture, it will not hurt your head. The writing is accessible, amusing and some­times intentionally controversial. While the book is subtitled "A Selective Guide to the City" and includes maps to all the buildings discussed, the format is not one of individual building entries but the discussion of buildings the author has paired together for compar­ison. (Remember dual screen slide lectures before PowerPoint?) The selection is personal, idio­syncratic and as the author suggests includes, "the famous, the infamous, the profound and the absurd, the beloved and the forgotten, the monstrous and the minuscule." Bjone self-describes his book as being "like the Trojan House," because "it takes a traditional genre (the guidebook) and with a bit of stealth inserts various subversions: unusual juxtapositions, intentionally shocking provoca­tions, deranged metaphors, critical ideas and comments ... while contradicting historical dogma." Yes, it does all that.

Every profession or discipline has its own jargon. At its best, jargon can function as a useful shorthand for an entire complex of ideas or concepts. At its worst, jargon obscures the lack of under­standing on the part of those who invoke it. Architects are great abusers of language both written and graphic, from the meaning of words to the idea that every line they draw should represent something in the real world. Bjone takes aim at architects labeling the jargon he includes as "archi­tect-speak." He takes the time to explain these terms and concepts to a lay audience and architects alike. I am reminded of my favorite children's author Lemony Snicket (Daniel Handler), and the way he introduces and defines new vocabulary in his book, A Series of Unfortunate Events.

This book begins small with the author's favorite Chicago doorways, which includes Louis Sullivan's elevator doors from the Chicago Stock Exchange (now in various museums). He writes about the doorway at 200 E. Pearson, noting that every day Mies van der Rohe— who lived there—passed through a minia­ture reenactment of the doorway to the Palazzo Farnese in Rome. While architects have wondered why Mies didn't choose to live a block away in one of his Lake Shore Drive apartment buildings, the author speculates—tongue in cheek—that Mies knew better than to live in a building he designed where he might have to listen to his neighbors complain to him about their plumbing problems. Bjone's discussion of the Stock Exchange elevator doors and of Sullivan's ornament points out the overlooked fact that Sullivan's ornament seemed independent of any sense of mate­riality (truth of material) and was the same when rendered in terra cotta, cast iron or when carved in wood or stone. This leads him to wonder if the filagree design could be by his apprentice Frank Lloyd Wright who departed Sullivan employ while this build­ing was being designed. (The Stock Exchange was completed in 1894, Wright was let go by Sullivan in 1893.) I've always thought these elevator doors had a remarkable resemblance to the graphic page borders in the edition of The House Beautiful that Wright designed. "Ornament as delightful schizophrenia" is a consideration of the ornament that was typically included in most Chicago school frame buildings. We are invited to understand the disjunction between the ground floor and the expressed structure of the upper floors of Sullivan's Carson Pirie Scott and Company building as "delightful schizophrenia," a disjunction that the author confesses drives him "C-R-A-Z-Y." Equally schizophrenic for Bjone is the top of the Chicago Public Library. While both these build­ings are "warehouses" in plan, Bjone objects to Tom Beeby's giant green owls (wise guys?) as a newly invented icon of the library, derived from Beeby's fascination with "fairy tales," but unrelated to any representation of the civic nature of the library.

In a chapter titled "The Colonnade, A Most Useful Invention," Mies' Lake Shore Drive apartments are compared to Carol Ross Barney's Chicago McDonalds' Flagship store on N. Clark Street. After presenting a brief history of the stoa, Bjone concludes that, "The colonnade is both a dumb shelter from the rain and profound emblem of the public realm ... " without commenting on the pub­lic-private nature of his examples.

Under the rubric "Mannerism or Mistakes," Walter Netsch's Galvin Library (1962) at IIT and Crown Hall are compared. Is Galvin Hall an homage to Mies or a profoundly inept reinter­pretation of Crown Hall where giant roof top girders are visually supported by the thin mullions in the curtain wall they appear to sit atop? If shockingly unsupported elements were a feature of 16th century Italian Mannerism, Bjone writes that perhaps Galvin Hall is not, "an intricate manipulation of an existing Miesian system ... but just a series of mistakes," (Mies Takes?) with the ultimate insult of not being "pretty enough" to be included in the encyclopedic A/A Guide to Chicago. For the real thing, Bjone writes about Hugh Garden's Chapin and Gore Building (1904) at 63 E. Adams which he compares to Sullivan's Gage Building facade which here plays the "straight man." On Adams Street the column lines carry down and intentionally dis­appear in the voids of the build­ing's ground level entrances. A comparison of Stanley Tigerman's Piper Alley Mall and Parking Garage (1977) with its paper-thin facade of brickwork and circular cut-outs (a homage to Louis Kahn in Dhaka?) and the Moody Church (1925) just around the corner, invites us to reconsider the incipient mannerism of Tigerman's building. Bjone saves it from architectural oblivion through the time-honored art historical device of the comparative method.

Perhaps the closest the book comes to arguing architectural theory is the "Impossibility of Additions." Should buildings reflect the zeitgeist (the spirit of their time) or their context? The author who clearly loves Chicago modern buildings nonetheless writes that we have an obligation to establish a link with our past, extending the scale and perhaps other selective characteristics of our "beloved building and neighborhoods," concluding "architects who can't understand this are destructive egomaniacs or just plain evil."

He continues, "Unfortunately, the context as an idea can be used to justify the most banal and retardative buildings." The additions that are compared as strategies for adding to buildings are the Adler Planetarium whose addition wraps the existing building while deferring to the building's domed volume; 222 North LaSalle which extends the architectural language of the building both laterally and literally while adding a curtain wall clad Mansard roof addition to the building's top; and lastly the idea of the addition as a miniature of the original (think momma bear and baby bear) as seen in Helmut Jahn's (1980) addition to the Board of Trade. Here the addition is a cur­tain wall clad (zeitgeisty) version of the original building's massing and pyramidal top.

The book's conclusion, labeled "Conclusion," is hardly one at all but shifts gears to look at images of Chicago in the form of kitsch souvenirs, postcards and urban architectural proposals. They are a lens for judging how well we have built or misbuilt Chicago. (Mies built?)

So, who is Christian Bjone? (Pronounced Be-you-knee.) An expat architect and author who grew up (he tells us) in a bunga­low on Chicago's far west side. He studied architecture at the University of Illinois Chicago in the late 1970s and then at Princeton. (Full disclosure he was a student in one of the earliest design studios that I taught at UIC). He is the author of four previous books on architecture and art. He worked as an architect in New York City for the firm of Johnson/ Burgee Architects and is the author of Philip Johnson and His Mischief: Appropriation in Art and Architecture (2014). Bjone evaluates Johnson's eclectic use of images from the worlds of art and architecture as acts of connoisseurship. For Johnson, Bjone suggests that appropriation was a form of originality, although this method hardly assures good architecture will result. Rife with anec­dotes, Bjone tells us that when he identified a building's feature derived from an obscure garden pavilion by Frederick Persius (a contemporary of Shinkel's), Johnson replied, "You caught mel And now we can begin." Two of Bjone's books, Art + Architecture, Strategies in Collaboration (2009) and Almost Nothing, 100 Artists Comment on the Works of Mies van der Rohe (2019) examine the reciprocity between the world of contemporary art and architecture. All of these books abound in original observations. Read Christian Bjone. In my opinion he is one of the most interesting authors writing about the relationship of archi­tecture and culture today. 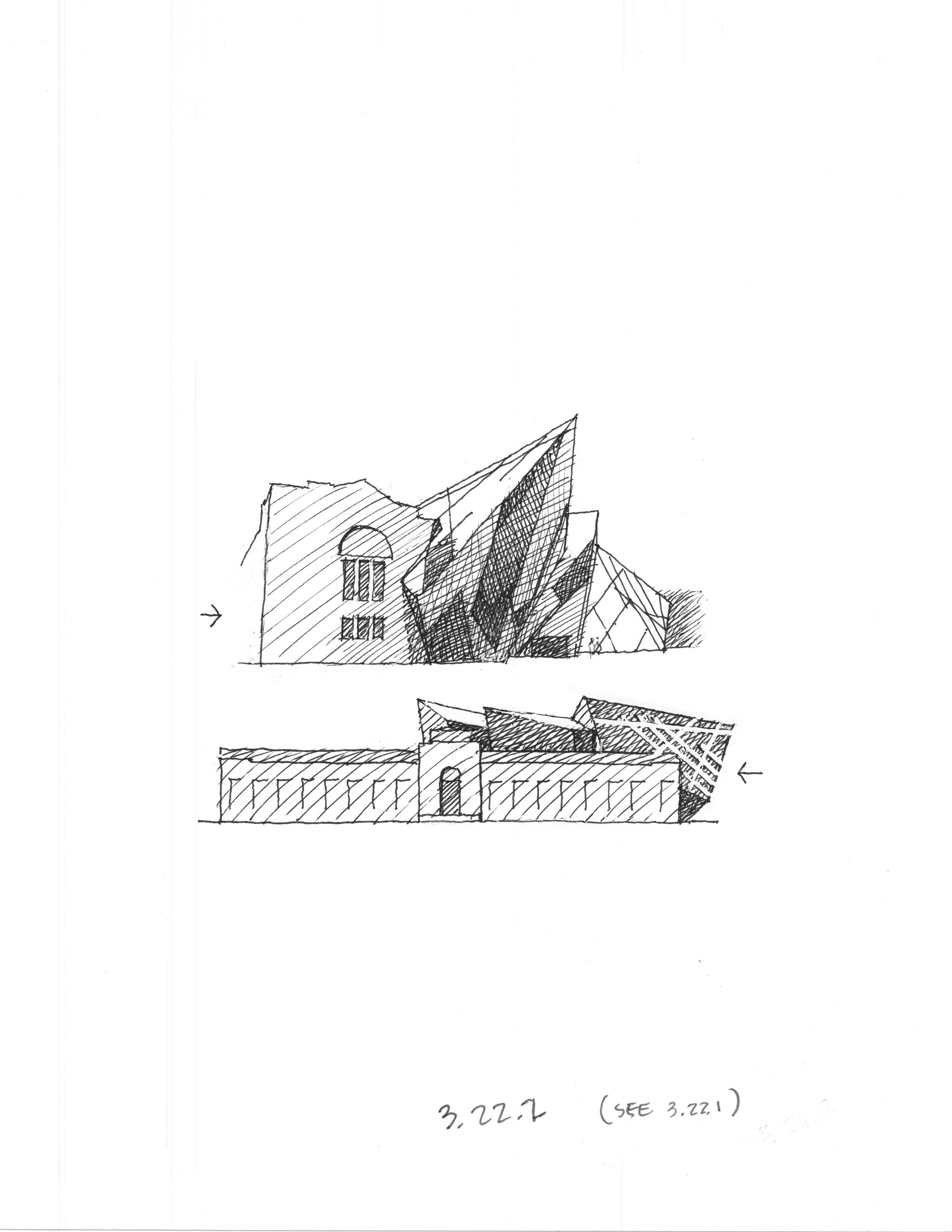 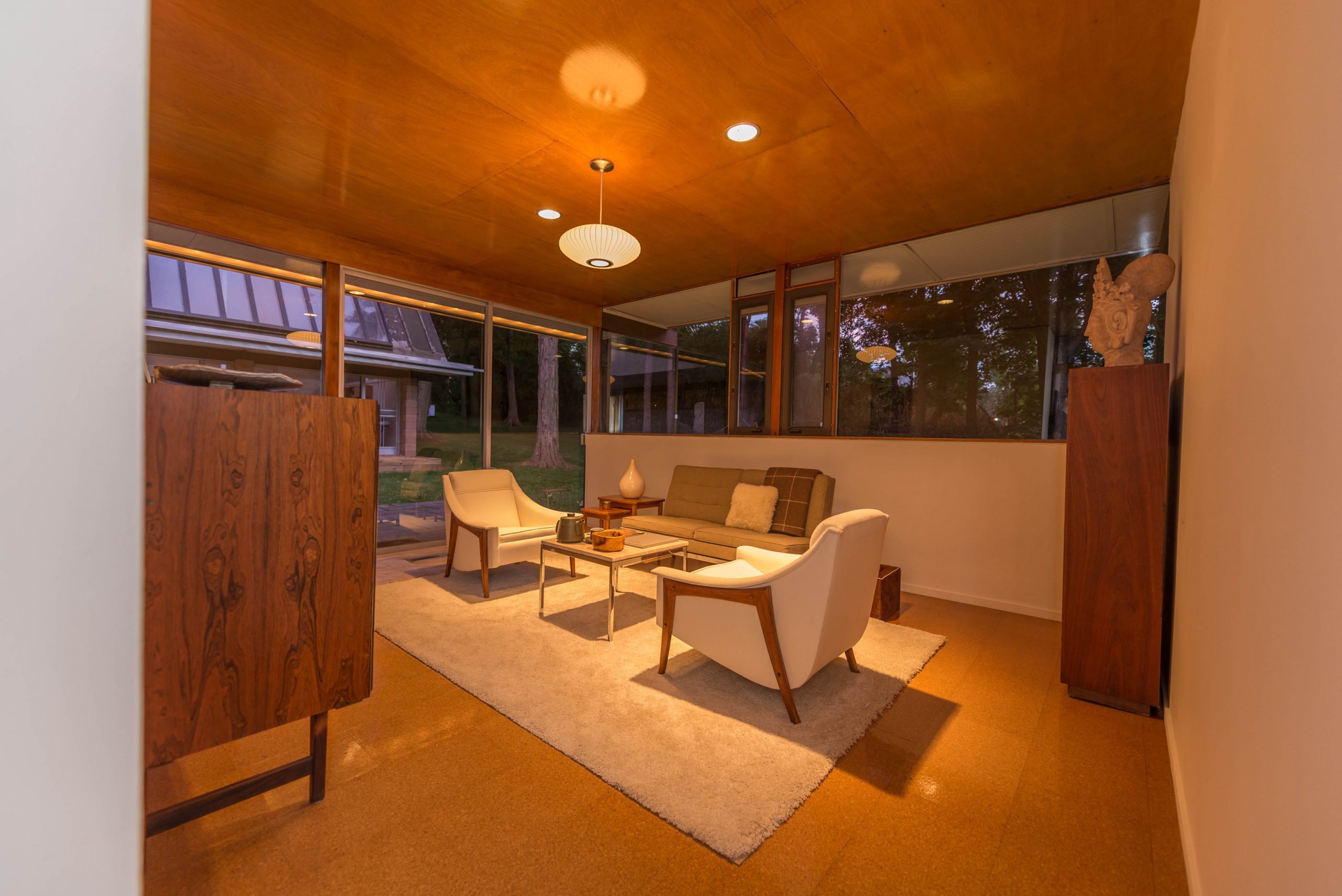 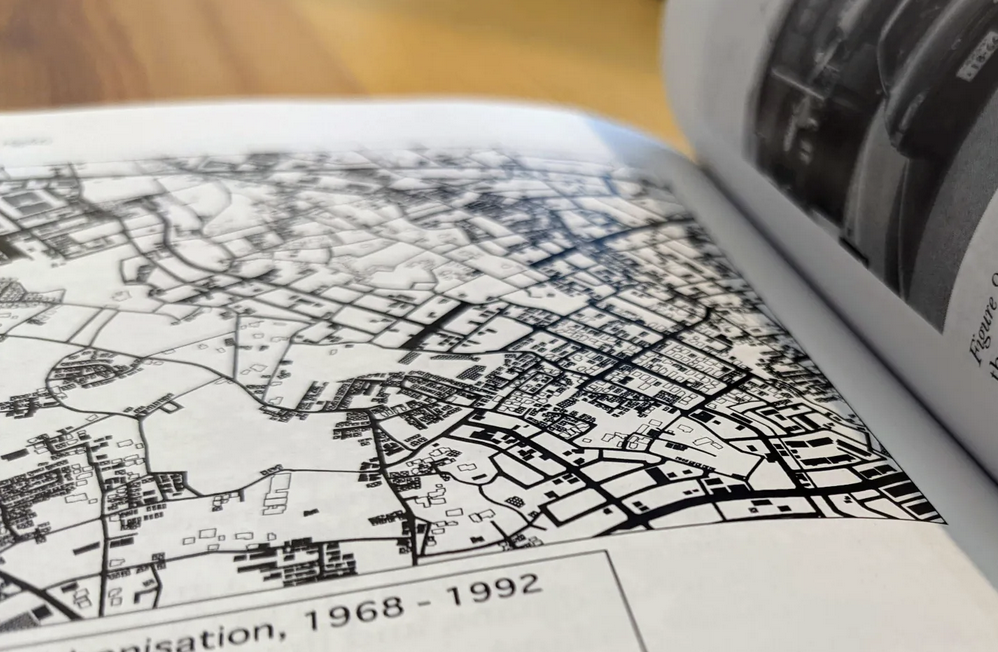 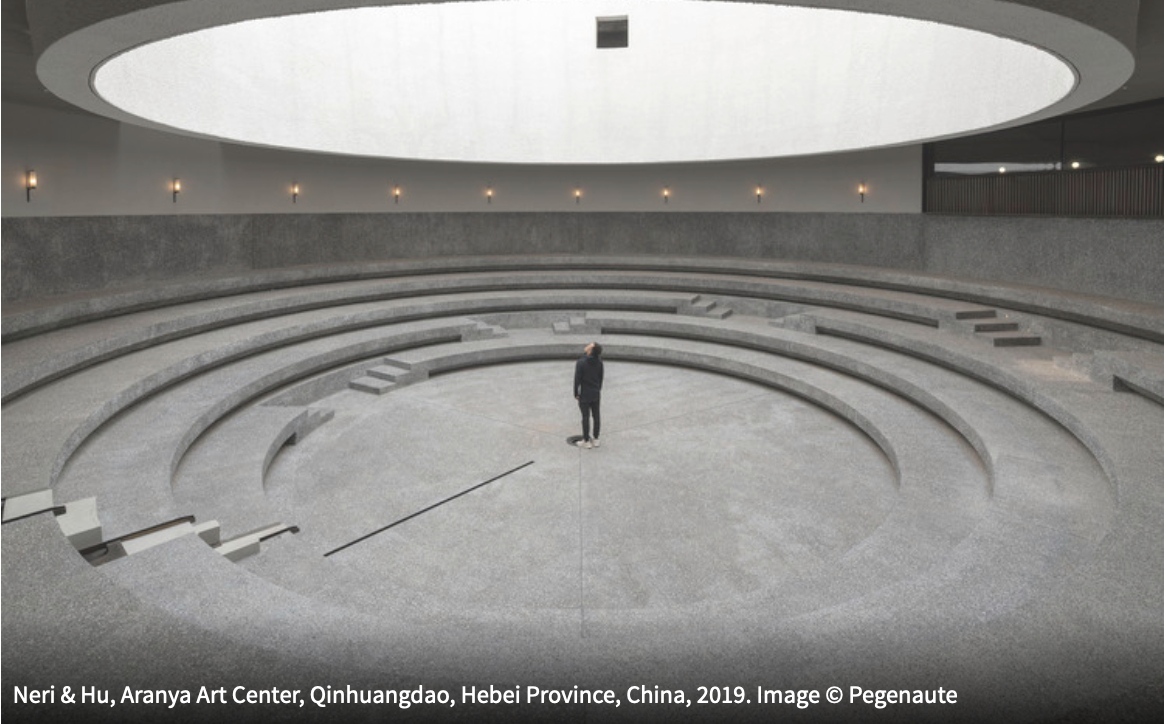 The Future of Chinese Contemporary Architecture: How is China Creating a Civic Culture For a New Society? —Review of China Dialogues by ArchDaily 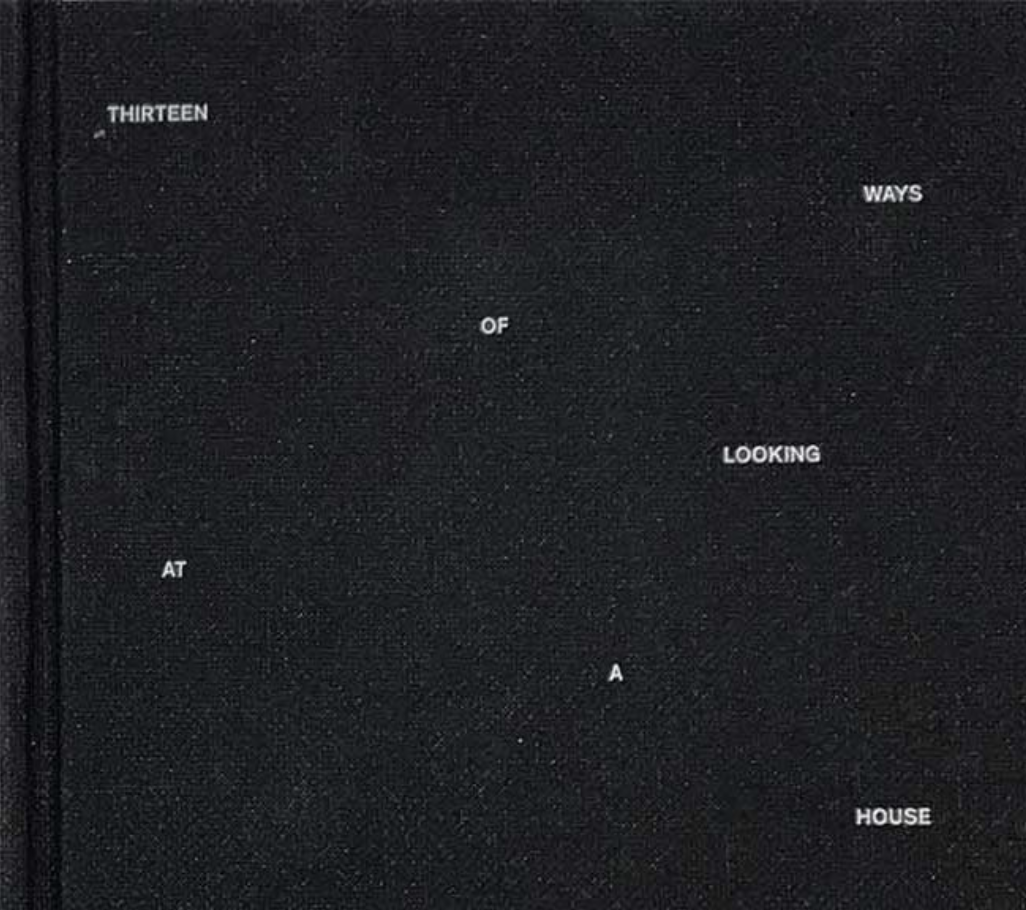