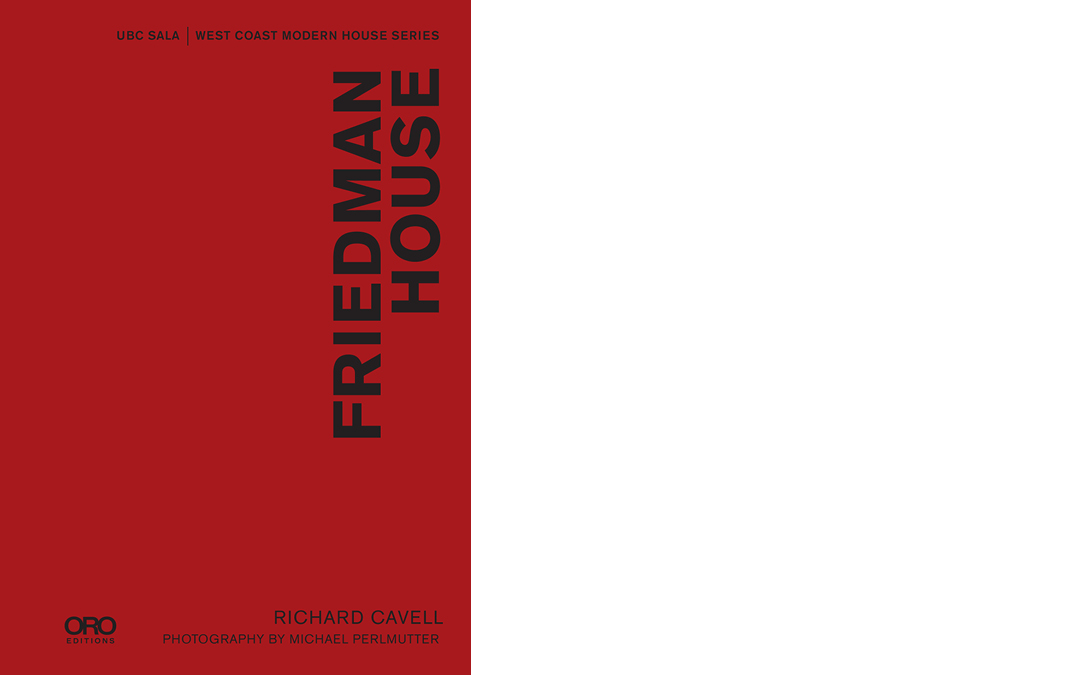 Following Dr. Friedman’s passing, the fate of the house was uncertain, and an attempt to acquire a heritage designation failed. Alerted to the sale of the house (and to the possibility of its demolition) an Ottawa tech entrepreneur and his wife, inspired by the architectural and social history of the house, placed a bid on the house, accompanied by a letter of support from Cornelia Oberlander, and by an offer from the realtor to reduce his commission. This offer was accepted by the board of the Constance and Sydney Friedman Foundation, and the house will stand as a major exemplar of Vancouver modernist architecture and of those who value its history.
-Richard Cavell

It appears we are at a moment again when the fate of the Binning House is uncertain, given the current rezoning application to subdivide the house’s lot in order to build a larger modern home next to the modest 1,500 square foot structure. At the time of writing this book review, the District of West Vancouver’s design review committee had approved the application with conditions, but there will be time at the resubmission to voice ones concern about the compromise of this site and its important West Coast Modern home – a National Historic Site in Canada (visit their website for more information).

In this fifth book of the West Coast Modern House Series from UBC SALA, Richard Cavell’s Friedman House gives readers thoughtful insight into its architect, Frederic Lasserre, and the context in which he designed and constructed it. Built in the halcyon days of Metro Vancouver, when people could still afford to both buy land and build one’s home upon it, the Foundation that formed following the passing of the Friedmans in order to preserve the house is a happy ending for the Friedman House, and a glint of what could be possible for the many other disappearing homes in the Lower Mainland.

Of course it was not initially so for the Friedman house, as its immanent sale and most certain demolition back in 2016 prompted Globe and Mail columnist Kerry Gold to write an article lamenting what would be tantamount to losing a house like the Binning House. Her piece included an interview with landscape architect Cornelia Oberlander who designed the site plan for the house back in 1953 and was often a collaborator with Lasserre, who taught architecture at UBC with Peter Oberlander.

Kerry Gold’s piece is a testament to the importance of journalism in the service of architectural preservation, at the very time that both modern architecture and journalism are being jeopardized by a growing ambivalence in our society, as without Kerry’s writing the present homeowners may have never heard of the Friedman House. So while it is a happy inclusion in the present West Coast Modern House series, it must not be forgotten that it is the exception and not the rule for the outcome of many of these architectural treasures.

The story of the house’s origin is as modest as the 2,225 square foot house itself. Sydney and Constance Friedman had moved from Montreal in 1950 to teach in the Faculty of Medicine at UBC, and later acquired the 11,500 square foot triangular site to build a new home close to the university. Hiring Lasserre to design the house in the vocabulary of the then current West Coast Modern style of architecture, they collaboratively chose to provide the house with an introverted view, not having the benefit of the view of the Burrard Inlet like so many of their neighbours’ sites.

This being the case, its extensive southwest glazing looks out of its central living room to the spectacular first growth forest and new landscape designed by the aforementioned Cornelia Oberlander (one of her first projects), who also introduced a pear tree to the back yard between the house and pool as a focal point.

As Dr. Friedman would later recount, the house was often the gathering loci for many of the university’s faculty and benefactors, including Frederick Lasserre himself, along with Leon and Thea Koerner. Other guests included Audrey and Harry Hawthorn, whose collection of First Nations artifacts would later form the basis for the UBC Museum of Anthropology, and for which Sydney Friedman would also be a supporter.

A member of the AIBC and Fellow of the RAIC, Frederick Lasserre helped to found the School of Architecture at UBC in 1946 and later—as an associate at Sharp, Thompson, Berwick and Pratt—designed the UBC War Memorial Gym. One can only imagine how much more he would’ve been able to contribute to the architectural community had his life not been cut short at 50, the tragic victim of a mountain climbing accident in 1960. In 1962, UBC renamed the architecture building the Frederick Lasserre building, where architecture students at UBC continue to go to this day.

The preservation of the Friedman house is just as much a preservation of his legacy as it is of the Friedman’s themselves, and the new owners should be commended for their recognition of this in their decision to save the house. One can only hope that many more like them will emerge to save other houses jeopardized by our region’s insane real estate feeding-frenzy, and it is for precisely this reason that the West Coast Modern House book series is needed more than ever to spread the word.

Much thanks again must be given to the contributors of the book series—Leslie Van Duzer, Sherry McKay, and Christopher Macdonald, with book design by Pablo Mandel and photography by Michael Perlmutter. Friedman House is, like its predecessors, a small miracle in its depiction of yet another one of these endangered houses, sounding a clarion call before they all but disappear.

Sean Ruthen is a Metro Vancouver-based architect and writer.