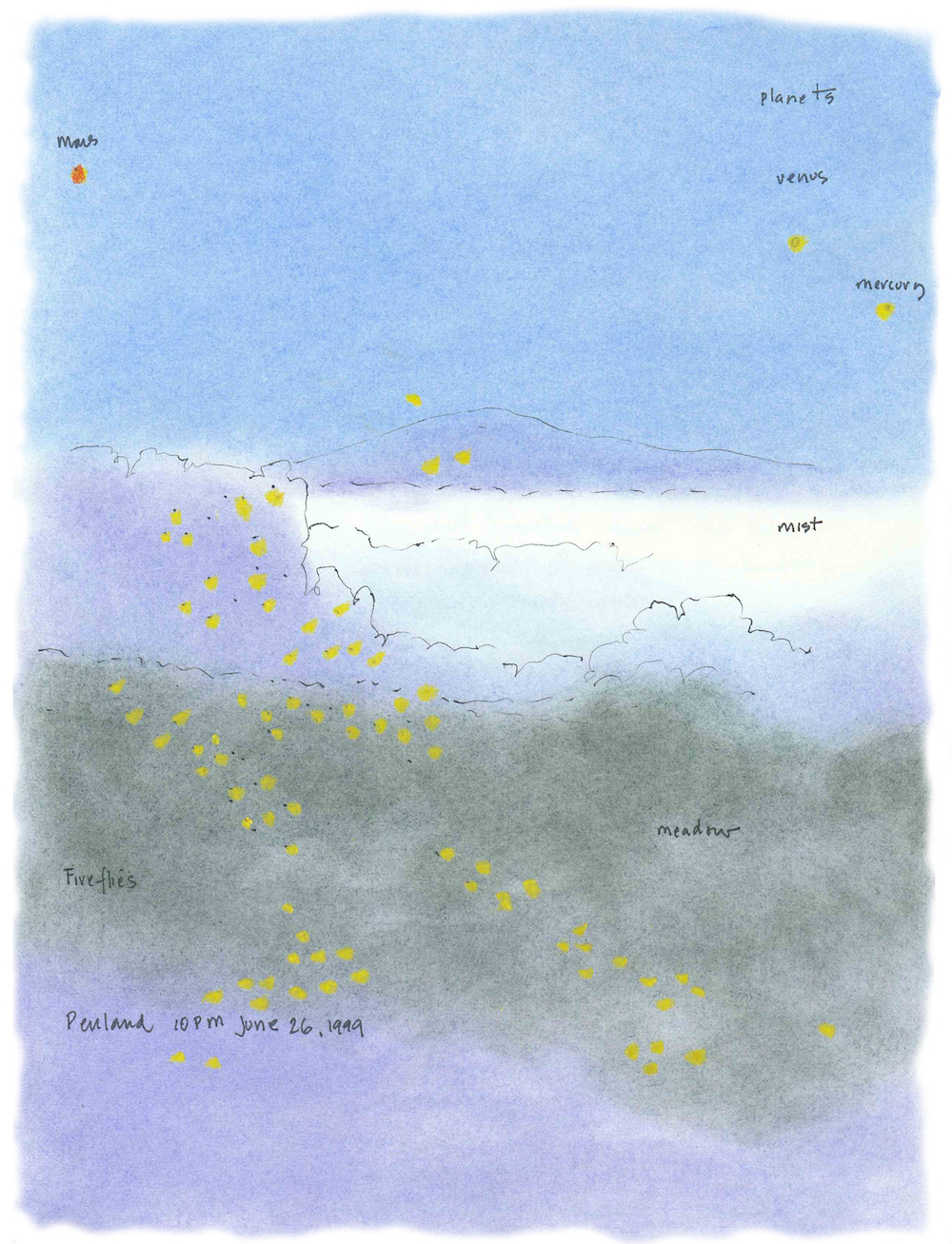 Native Places: Splendor in the Grass

Splendor in the grass

If fireflies only appeared every 100 years, would people rush out to see them like millions of people did two years ago to observe the total solar eclipse? Yet now, when the fireflies surround us, so few of us notice.

In the Black Mountains of North Carolina one summer night, I looked over a meadow at dusk to see the grass suffused with fireflies. It was as if the stars had fallen to earth. And above the French Broad River nearby, I saw a landfill lit by fireflies: millions of tiny luminous things in the place you’d least expect, floating above buried dishes, eyeglasses, Pampers, and plastic bags, mirroring the stars.

The poet Fred Chappell wrote, “The pleasure garden is a place apart, where the savors of the season are augmented, where the soul is invited to invite itself.”

What better place to observe a small resurrection blinking in the night?