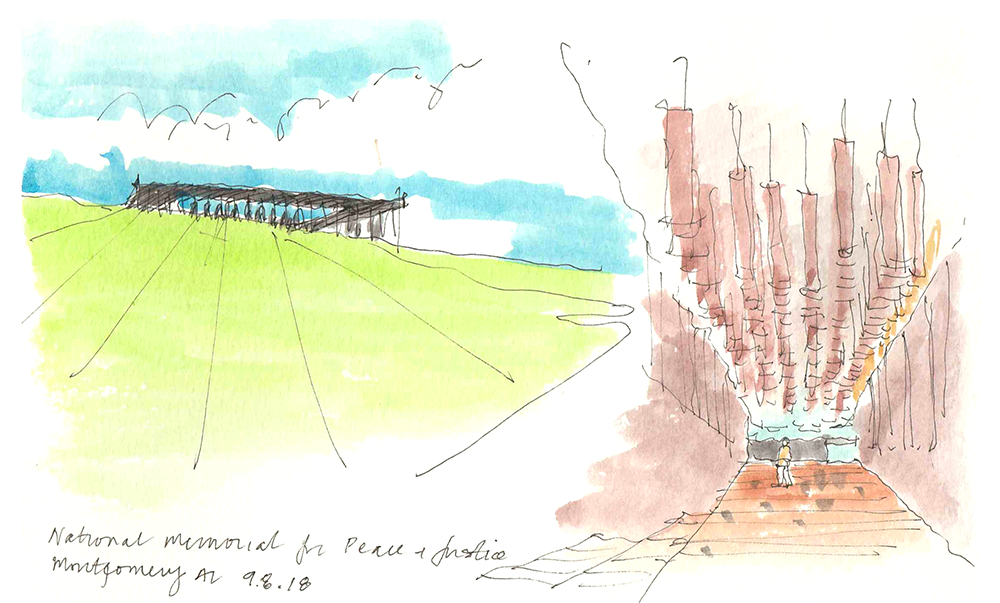 NATIVE PLACES: The National Memorial for Peace and Justice

The National Memorial for Peace and Justice

Most of us remember where we were on September 11, 2001, just as an earlier generation remembers where they were when John F Kennedy and Martin Luther King Jr. were assassinated. When I visited The National Memorial for Peace and Justice, informally known as the National Lynching Memorial, in Montgomery, Alabama, I found another place that I would never forget.

I visited the memorial with two friends on a Saturday afternoon. We approached it by climbing a grassy hill that overlooks the original Capital of the Confederacy – Montgomery -- once a center of the slave trade.

We came to a memorial like no other. Suspended from a concrete roof were 805 steel monoliths the size of coffins inscribed with the names of over 4400 African Americans who were lynched in America between 1877 and 1950. All were lynched by white people.

Volunteers have collected earth from the site where each lynching occurred. The collections are displayed in rows of clear glass jars beneath the monoliths. Some of the earth is red. When we left at dusk, many visitors were crying.

I noticed the care and tenderness of the guides at the memorial. How moving that in a place recalling terror, one can be touched by the love of others.