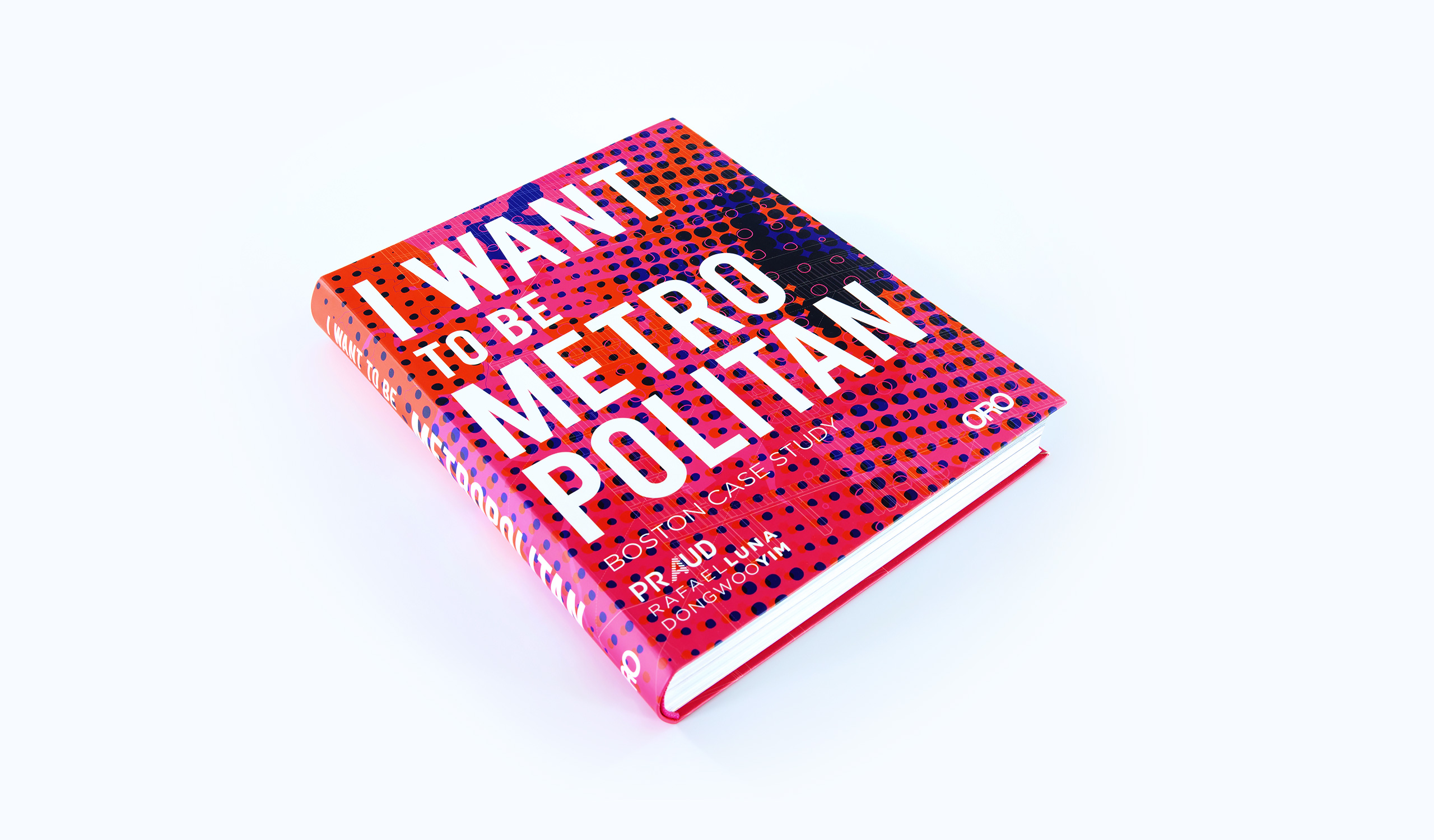 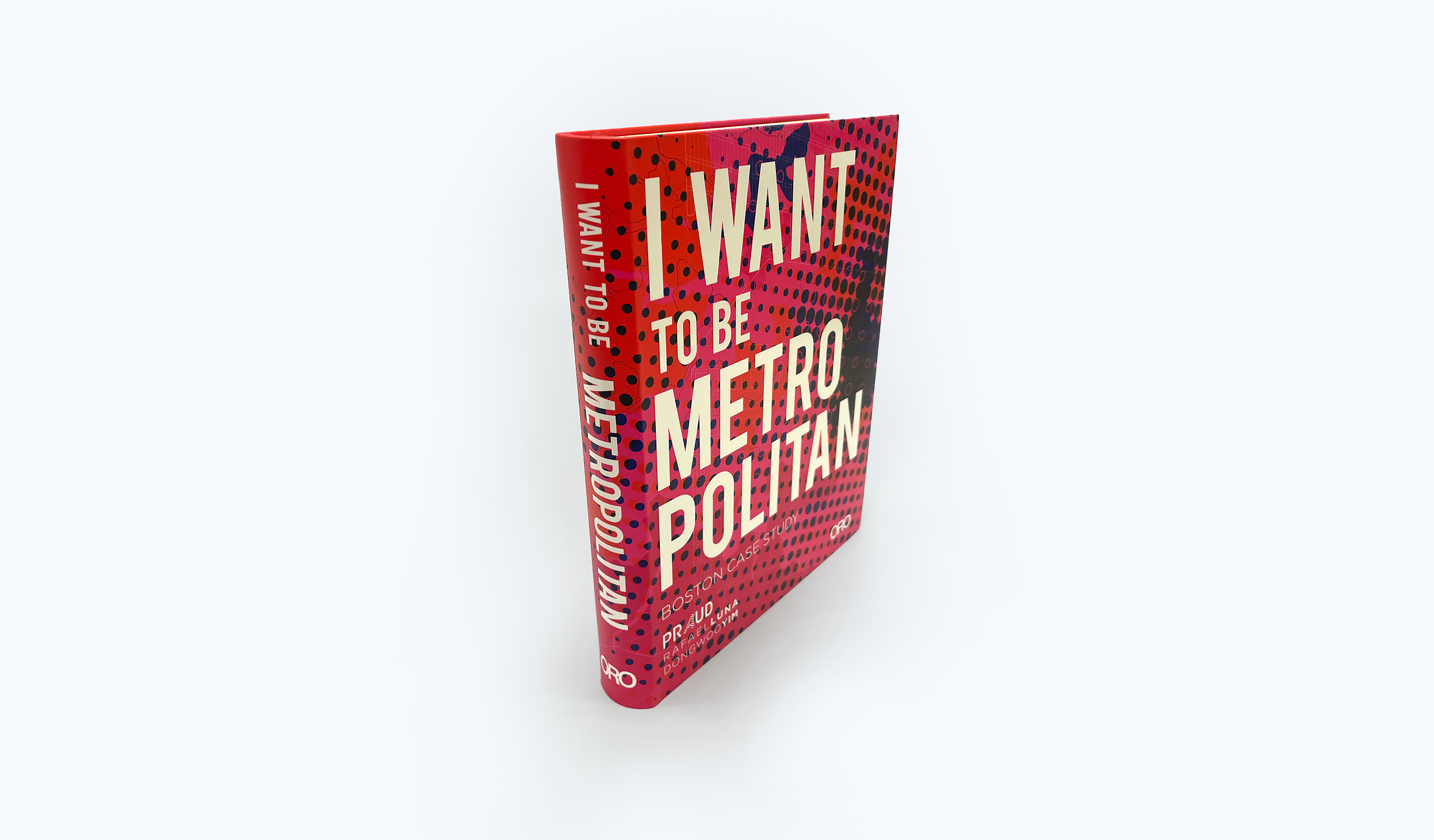 I Want to be Metropolitan

Playfully referencing a child being asked, “What do you want to be when you grow up?”, these authors ask Boston what it wants to be when it grows up. Boston answers, “I want to be metropolitan.” Can a “Second Tier, Boutique City” ever become another New York? Using Boston as a case study, this book identifies how other cities can start understanding themselves within a metropolitan context.

“This book intends to create a dialogue that addresses the missing topics in urbanism for smaller, slower, and much more stable cities.”

I Want to be METROPOLITAN is a research project on small scale metropolises, MINI Metropolis, using Boston as a case study to provide a different reading of the city. The study, documented by Rafael Luna and Dongwoo Yim, focuses on showing the efforts that the city of Boston has made in order to grow with metropolitan characteristics while remaining at a much smaller scale than cities like New York, London, or Tokyo. The morphology of Boston has been achieved through different metropolitan interventions that occur on different scales. These are divided on an infrastructural scale, urban scale, and architectural scale. By means of analyzing these different aspects, we can compose a vision of a future Boston, or Fictitious Boston, derived from its metropolitan potential.

The book is structured into four chapters addressing the different scales of analysis. The first chapter compiles general data of the city, and provides a background view of the infrastructural efforts that the city has done to accommodate its population. Examples of these are the Big Dig, land reclamation, and its transportation network. These are efforts that are very difficult to find in other cities of similar scale, and provide the first clue towards the potential of the future of Boston and its current success.

The second chapter identifies Boston’s poly centrality, a characteristic that appears in big metropolitan cities like Tokyo. Rather than having a single civic center or a downtown, Boston accommodates different urban cores such as an industrial core, an institutional core, a commercial core, and others within the confinement of its limited area. The chapter is subdivided into separate sections to explain each core and their significance in the city.

In present days, urban topics and strategies mainly focus on cities with extreme conditions such as high density, increasing congestion, and fast growth. This book intends to create a dialogue that addresses the missing topics in urbanism for smaller, slower, and much more stable cities. Chapter four concludes the study by introducing our vision of new projects for the city of Boston to generate an open conversation about the topic. This leads us to the possible implementation of the research topic and methodology on other cities similar in size and pace to Boston.

Dongwoo Yim: Mr. Yim is a co-founder and principal of PRAUD, and a faculty member of Rhode Island School of Design. He received a Master of Architecture in Urban Design at Harvard University Graduate School of Design, and bachelor’s degree at Seoul National University.

Rafael Luna: Mr. Luna is a co-founder and principal of PRAUD. He received his Master of Architecture degree from MIT, and has professional experience at Toyo Ito Associates, Ateliers Jean Nouvel, KPF London and Machado & Silvetti Assoc. 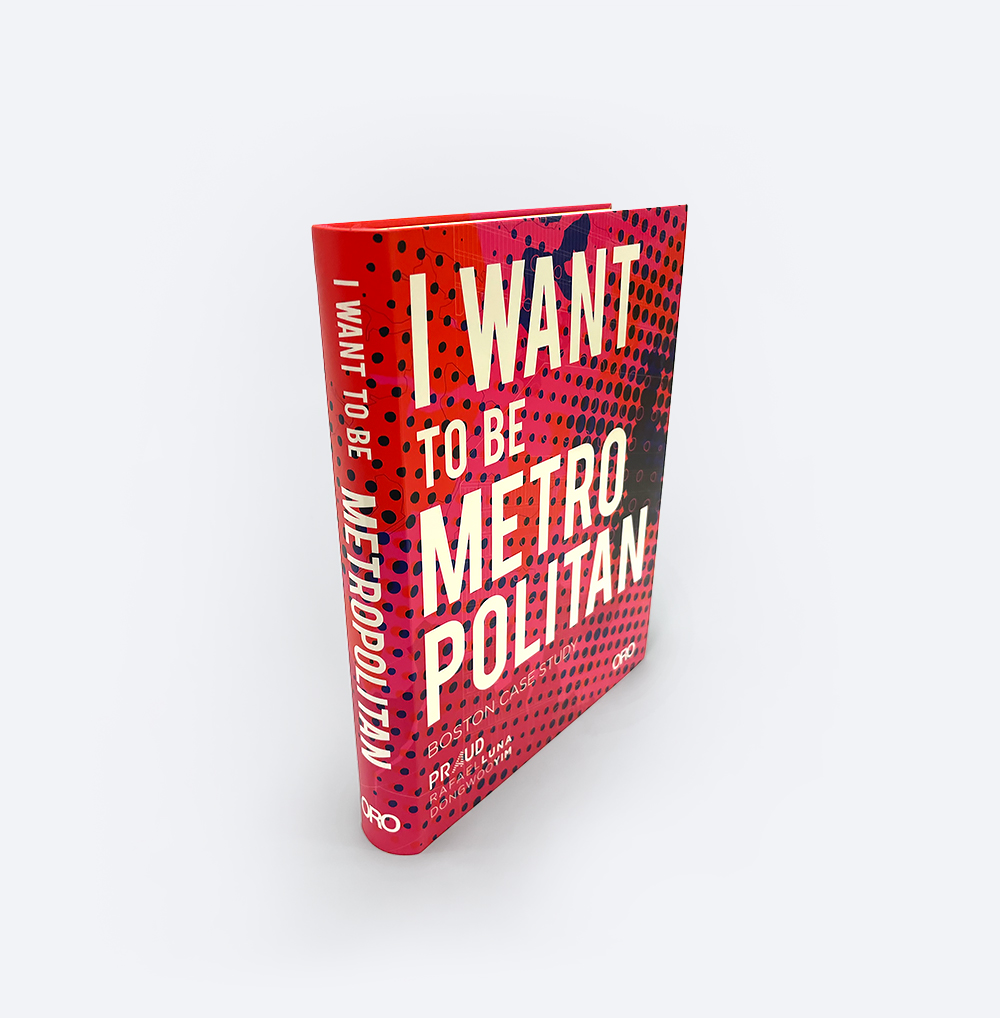 I Want to be Metropolitan

“This book intends to create a dialogue that addresses the missing topics in urbanism for smaller, slower, and much more stable cities.”